VIRTUAL MAGIC SHOWS ARE A HIT!

Virtual Magic Shows Are A Hit!

Who knew?! If you’d asked me back in February if I thought virtual magic shows could work, I would have told you “no way!” How do you make it interactive? What will make it any different from watching a YouTube video? How in the world can you keep it fun for kids Who knew?!

And yet now, close to 200 virtual shows later, I can tell you that virtual magic shows have allowed me to spread laughter and smiles to thousands of kids and parents around the world!

How did it all begin? Well… 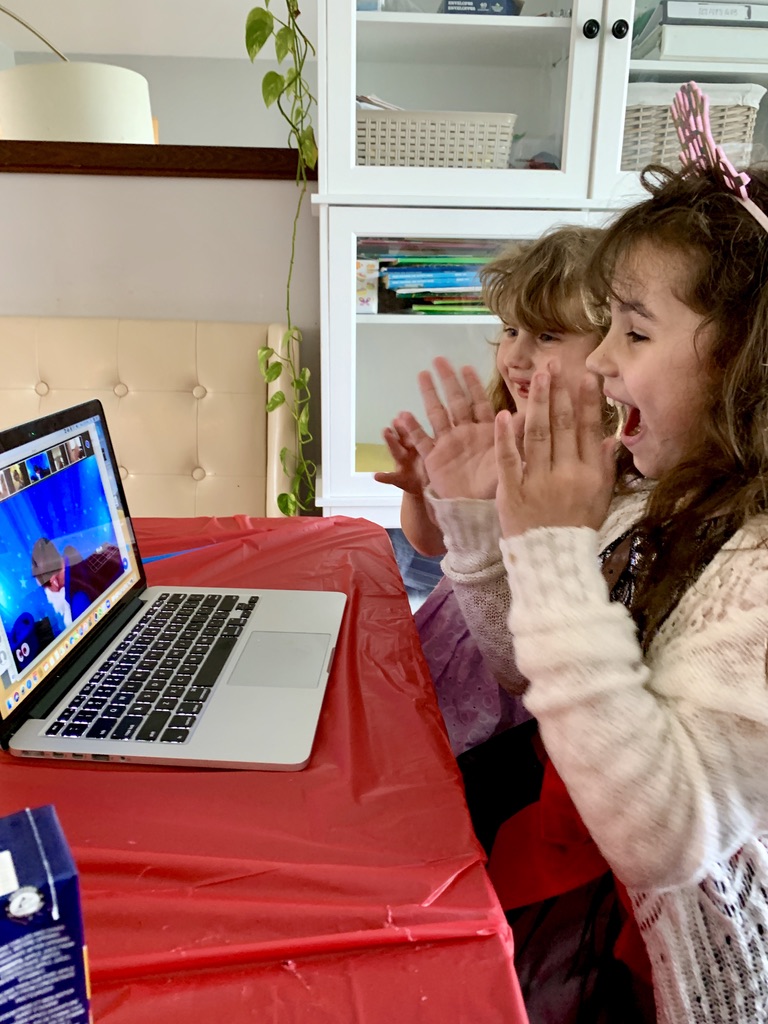 When I was first asked in March if I could possibly put together a Zoom magic show to help save a past client’s daughter’s birthday party from being a failure, I knew I had to find a way. Luckily, I was already well equipped with much of the necessary lighting and technical equipment, and so I was able to spend the bulk of my attention on crafting the perfect show, from the ground up, to keep kids engaged and entertained through a computer screen.

My very first show was motivated not by the desire to find a way to make up for lost income, but rather to save the birthday of a child that was very important to me after having stayed in touch with her family after my first time performing for her birthday a couple years ago. And so I went all in, spending every bit of my time, creativity, thought, and funding to make it the best show possible.

How did it go? Well, while many might expect my first virtual show would have been a bit rocky, it was instead a huge success! And I knew right then and there that this was something I was great at, and I had to get the word out so I could save even more birthdays and special occasions.

Before I could add a page to my website, I’d already heard from another family I’d worked with before, and that mom was hoping to save her son’s 11th birthday. I was of course totally onboard, and that show, too, was a total hit! Another referral came after that, and I finally managed to add a virtual shows page to my website, which allowed me to share the idea worldwide.

And once that site went live, the wild ride began, and it’s been laughs, shows, and smiles every single day! I’ve been privileged to perform for shows all across the United States, as well as Canada, Ireland, and even Australia! Every show leads to referrals, along with amazing feedback from teachers and parents that makes this one of the most rewarding and fulfilling experiences possible.

Some days it means waking up at 4am to start a 6am show for a 2pm party in Ireland, or maybe staying up late to do an 11:30pm show for a 4:30pm party in Australia, or spending every waking moment in front of a computer screen, performing shows, and responding to emails in between shows. And yet every bit of that makes me feel like the luckiest magician on the planet right now, being able to spread laughter, smiles, and amazing memories all around the world during a time when smiles have been in short supply for many.

Virtual shows may not go on forever, but for as long as they’re the safest way for everyone to enjoy a special occasion with those most important to them, I look forward to making each and every show the most amazingly fun and entertaining experience possible for kids and families around the world.

Hang in there everyone, and have an abracadabra day!